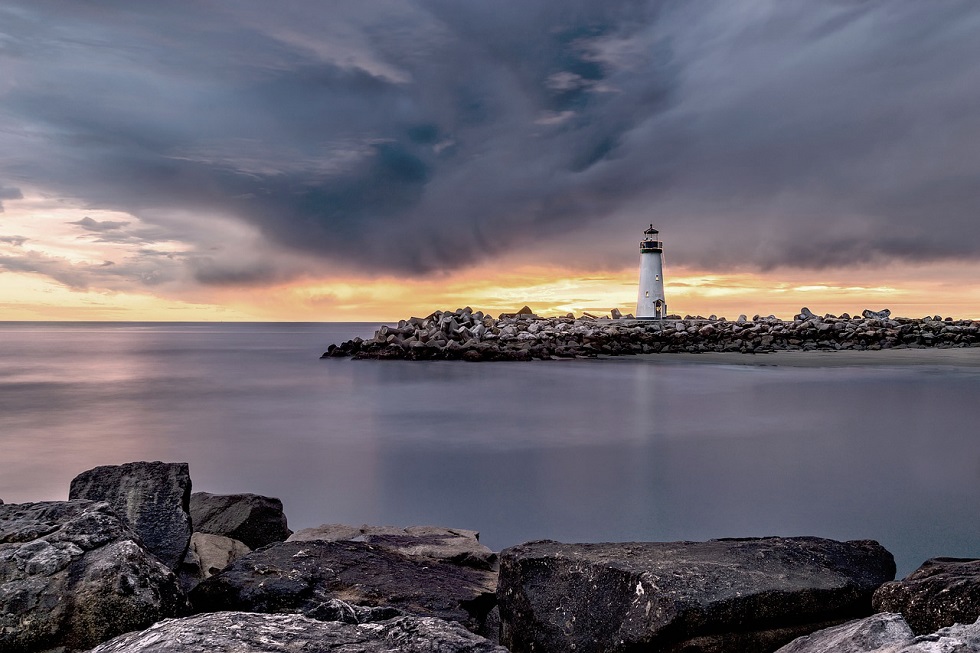 Investors in fixed-income assets – such as listed bonds and alternative lending to SMEs – need to be aware of a number of risks. Some are very general, pertaining to the broad economy, whereas others are very specific to the individual security. This article will address both ends of the spectrum, and look at interest rate- and credit risk.

Interest rate risk, as you might expect, is very much a top-down macro concern. It is the impact on your real rate of return, caused by changes in the underlying rate of interest; or the sensitivity of (in this instance) a bond to moves in the interest rate. There are two elements to this: the time to maturity, and its headline rate of interest.

The latter is related to opportunity cost: what you stand to gain or lose by holding a particular asset rather than others. In finance, the grass is always greener on the other side of the fence. So, if you’re holding a tradeable fixed income instrument such as a bond or loan with a 7% interest coupon, and the underlying base rate increases from 2% to 3%, the security becomes less valuable given the newer, higher rate environment (newer equivalent loans will be issued at a higher rate). You would therefore expect it to achieve a lower price if sold to reflect this.

Contrariwise, if you are in a loan and rates fall, that loan is now more valuable. However, given the historically low level of rates over the past few years, there is far more room for rates to rise than fall; the risks are running in one direction.

A private loan, as those on ThinCats, may be capable of being sold on the secondary market*, but this is dependent on there being willing buyers. However, it can be argued that there is an opportunity cost of holding something paying a 7% interest rate, compared to the potential to invest in a loan paying 8%.

The other factor – time to maturity – results from this. If one person is in a loan that has six months to maturity, and another person has one that has five years to run, any change in rates will have a bigger effect on the price of the latter. This is because it impacts on a far longer return period; longer-term loans are therefore more price sensitive than shorter-term loans. As a result, longer-term loans often, though not always, pay a higher rate of interest.

The prices of bonds can become quite sensitive to potential interest rate changes and as such the value of a bond holding can be volatile, albeit the initial value will be repayable on maturity (subject to credit risk).

By contrast, this price noise is almost non-existent in private lending, and therefore the key risk to consider is credit.

Credit where it’s due

Credit risk, on the other hand, is very security-specific – it is the risk that the borrower may not repay the loan. Credit risk is therefore assessed on a borrower’s ability to service a loan; on how cash-generative their business is. It therefore encapsulates factors such as the nature of the sector – a water utility has very different cash-flow characteristics to a fruit farm – through to the specifics of the business itself – a fruit farm in the heart of Kent will have different cash flows to one on the Shetland isles.

As such, some businesses may fail to get credit all together (Shetland peach farmers, perhaps). Others, with uneven or less demonstrable cash flows, would likely have to pay a higher rate of interest to access capital than more secure business models. In this way, lenders are compensated for taking on higher levels of risk.

ThinCats runs both quant-driven credit analytics and a more ‘traditional’ credit department that analyses businesses in numerous systematic ways. We’ll take a deeper dive into this in future articles, but now it is sufficient to outline the nature of the fundamental risk that is assessed.

* Not all loans are suitable for sale on the secondary market for a variety of reasons, including missed payments. Due to the nature of the Secondary Market, the price you would receive and the ability to sell the loan will depend on there being willing buyers in the market at that time. 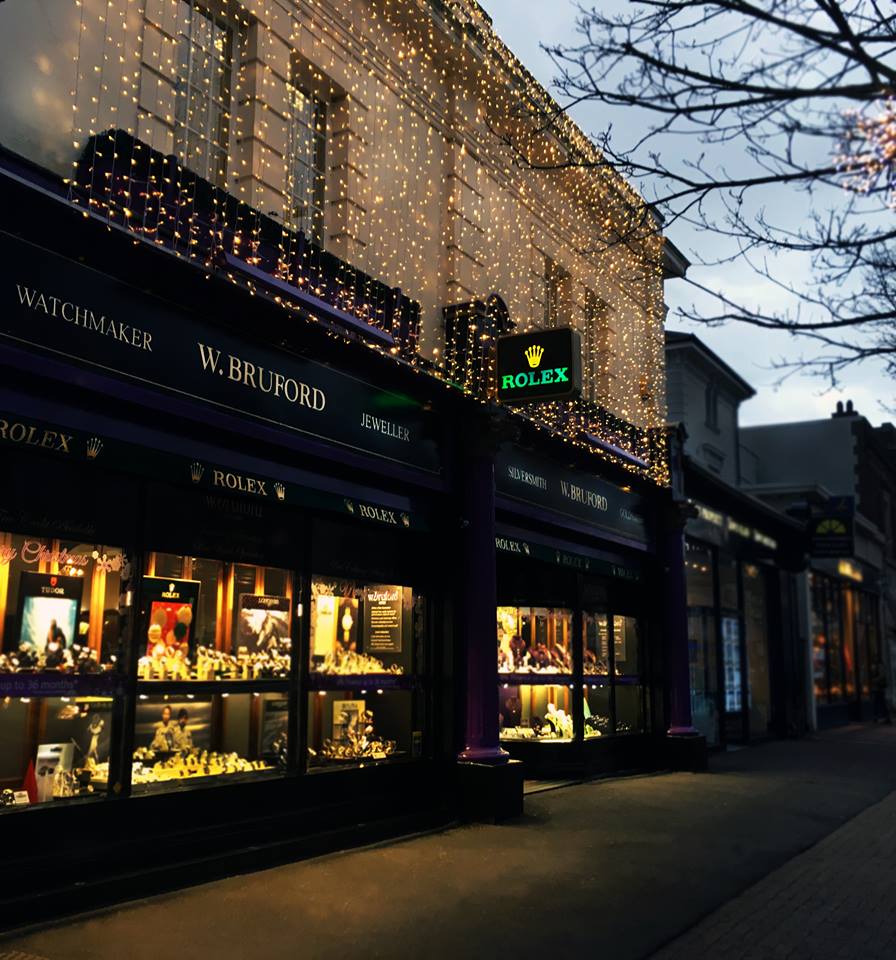 In 1886 Robert Louis Stevenson published Dr Jekyll & Mr Hyde. Karl Benz’s first ‘patent motorwagen’ rolled out of his workshop, and Geronimo surrendered to the US army after years of heroic resistance. Possibly less noticeably, W. Bruford set up shop in Eastbourne. We like a well-established business at ThinCats – though a 131-year trading history isn’t a precondition for qualifying for funding.

W. Bruford is a chain of retail jewellery shops operating on the south coast, which was looking to refinance after their long-term bank changed their lending criteria. Business owner Ashley Pugh joined as general manager in 2001 and then led an MBO in 2003. He expanded the business to two shops in 2009 and added the third unit, a Pandora franchised store, in 2014. When Ashley joined, turnover was about £1m a year. Through his drive, turnover has risen to over £5m.

However, Ashley said, “We were looking to refinance, because of pressure from our existing lender, a mainstream bank. We had been with them for 17 years, had never breached a covenant, but obviously their lending criteria had changed. They no longer seemed to want our business.”

In August, the company applied for funding of £950,000 from ThinCats, to refinance three existing loans.

Ashley described the process: “It was quite a bit of effort getting the deal over the line, but ThinCats’ people were good: they meant what they said, and our solicitors were very happy with the paper work – there was no ambiguity. It was more straightforward than dealing with a high-street bank.”

The finance is interest-only over three years, with a bullet repayment on conclusion, secured against stock valued at £2.2m, of which £550,000 is Rolex and £225,000 Pandora stock.  The credit grade is three stars, with a security grading of five padlocks. Rolex and Pandora would buy the stock back at cost price to control any ‘grey market’ activity – hence the five-padlock security grading.  It was fully underwritten by ESF SME Finance.

We’re delighted that ThinCats finance is helping secure the future for a business that has been contributing to the local economy for so long, and will hopefully keep it going for many more years.

W. Bruford is a chain of retail jewellery shops operating on the south coast, which was looking to refinance after their long-term bank changed their lending criteria. Business owner Ashley Pugh joined as general manager in 2001 and then led an MBO in 2003.

Articles include: Capital erosion: dangerous descents | Looking out for the UK’s overlooked SMEs | If you want to avoid breaking your IT systems, break your IT systems