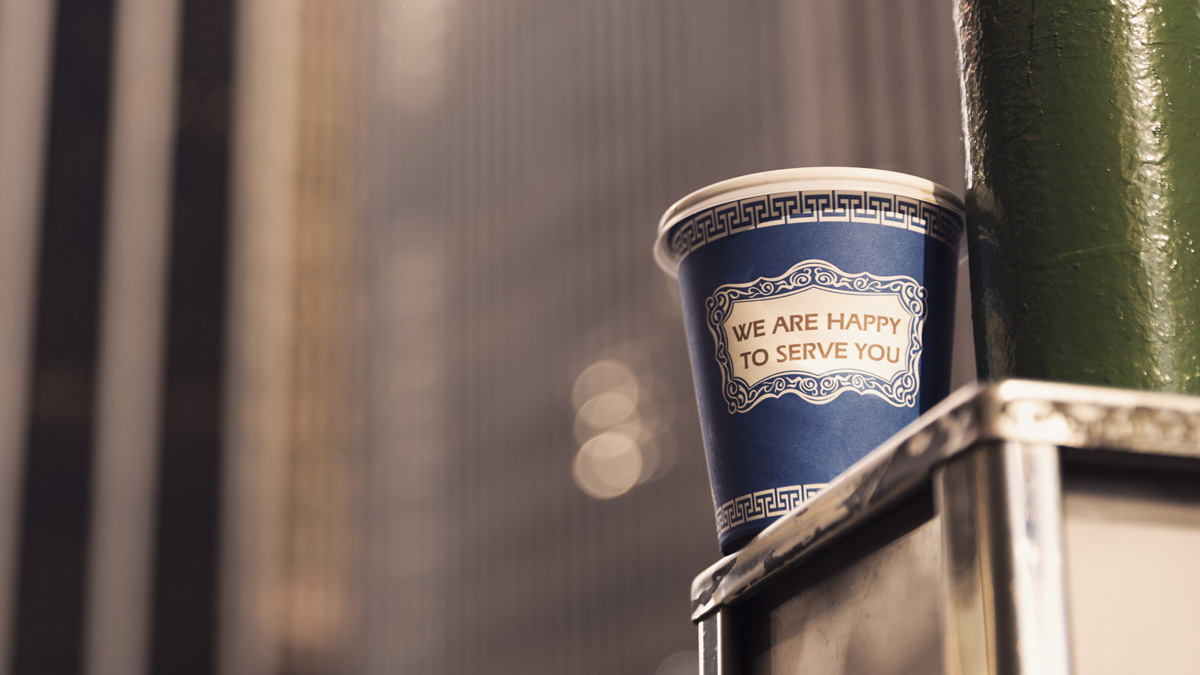 The high street bank continues its move from community cornerstone to museum piece – to the detriment of Britain’s small businesses.

Some 1076 bank and building society branches have closed, or will be closing, in 2018 and 2019. The RBS Group, comprising NatWest, Royal Bank of Scotland and Ulster Bank, accounts for at least 484 of these. Lloyds Banking Group – Lloyds Bank, Halifax and Bank of Scotland – will close at least 144 others.

This has become a recurrent concern in Parliament, with a recent House of Commons briefing paper alerting MPs that “it is clear that branch closures since 2014 are happening at as fast a rate as ever,” noting that 37% of branches have been lost between 2007 and 2017.[1]

Banks are shutting so often, consumer organisation Which? Has even produced an app so you can find you nearest closure. On the positive side, noted Which?, in a broader review of the decline of high street retail, barbers’ shops are on the way back.

Why do these closures matter to Britain’s businesses? 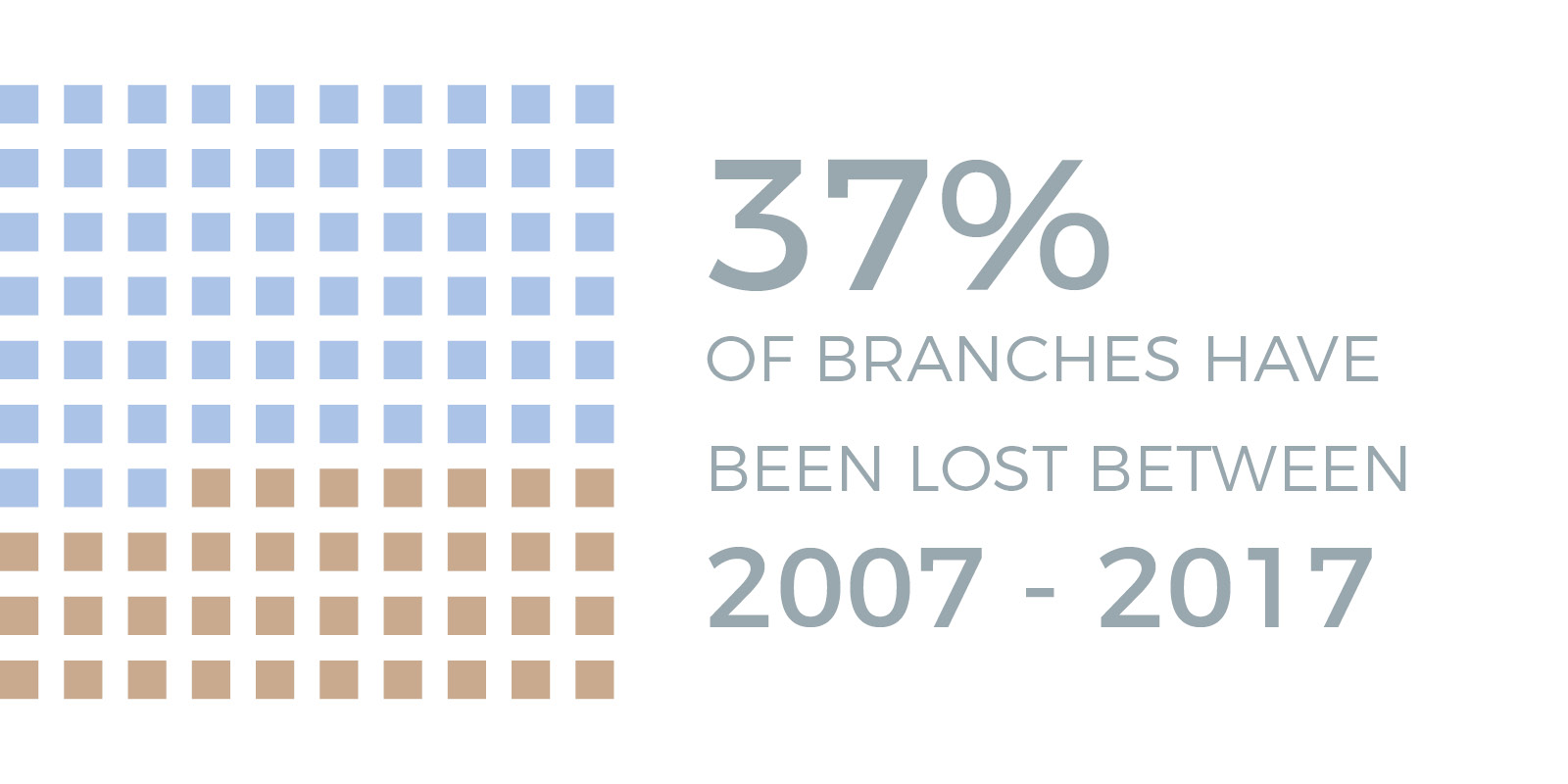 Quoted in the Guardian, Mike Cherry, national chairman of the Federation of Small Businesses, said that “the sheer pace of branch closures is frightening,” and that bank branches were still “vital” to many small business owners: “Bank branch closures damage high street footfall, restrict cashflow in local economies and force business owners to waste time travelling to and from their next nearest branch, which could be miles away.”

The lack of a local presence also negatively affects the degree and quality of lending to small businesses. The reduction of bank branches is part of a reduction in other services – in this instance, provision of loan capital to SMEs. Fewer banking staff produces a haemorrhaging of SME-relevant skills. Some 12% of banks didn’t understand the SME sector and a further 10% don’t have the necessary understanding of borrower’s individual needs, according to Close Brothers research. Hardly surprising, then, that the same research says that only a fifth of SMEs believe bank’s advice always meets their needs.

While numerous SMEs are embracing the shift to digital services, with 94% using internet banking[1], there is still huge value in being able to have a face-to-face conversation. This is particularly true when businesses are making important decisions about the future and are looking to raise finance. Traditional lenders’ culling of their high street presence has also seen the disappearance of the experience needed to service the different types of funding needed to take an SME to the next stage of its development. 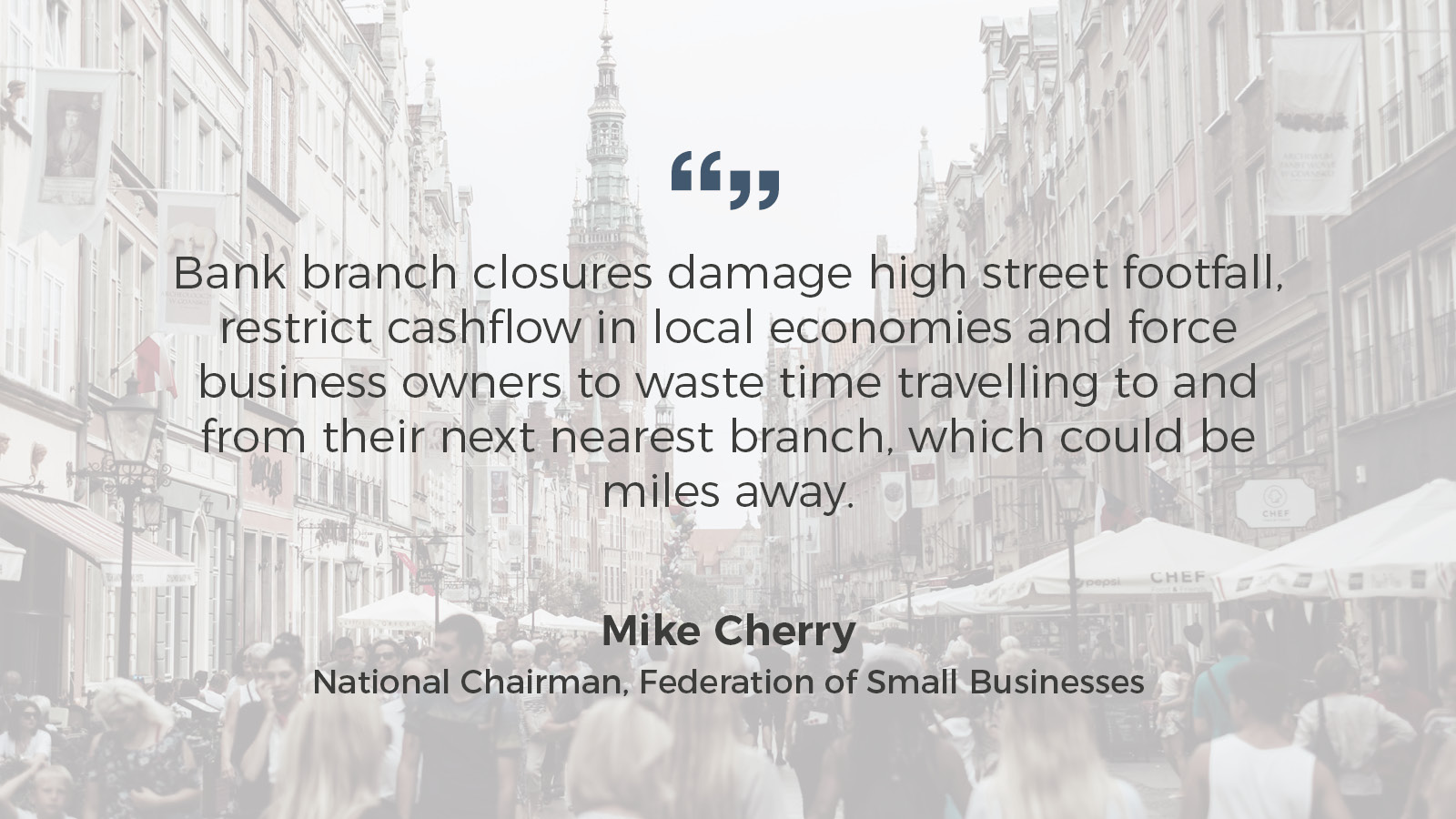 There is more to lending than data and algorithms – and it involves a human being at the bank knowing a borrowers’ business, nosing around the factory floor or office, getting to know the management team, and ultimately coming up with a bespoke financial package that will meet the ambitions of that company. These relationships, and the businesses that rely on them, are being lost – to banks, at least.

Fortunately, while banks are shedding this vital human capital, alternative lenders are attracting them. ThinCats has been expanding its business development team to ensure that we can offer SMEs loans that suit their needs, because we understand what makes each business tick.

For example, last July, ThinCats opened its Birmingham office, and more recently has opened an office in Sheffield. We’re attracting experienced SME finance professionals with histories in the banking sector, who rightly see greater scope to use their skill with an SME alternative finance specialist.

Former bankers with such expertise who have recently joined ThinCats include: Sam Lewis (East Midlands & Lincs), with more than a decade’s experience at RBS, Lloyds and asset finance company Lombard; and Kevin Steven (South Yorkshire), who’s gained his experience at RBS and the South Yorkshire Investment Fund. That’s why our borrowers know they have access to regional credit heads, so they can talk through any issues with the people who make the loan decisions.

We know no two businesses are exactly the same, and hands-on expertise is needed to determine the best way to structure an SME loan. We also know, as important and useful as big data is, you can’t capture such expertise in a lending algorithm, no matter how nifty. And we’re increasingly engaging with those businesses and their professional advisers who know what they do can’t be reduced to a few headline numbers in the P&L account.

If you think that’s you, our SME lending experts would be very happy to talk to you.

ThinCats opens Sheffield office as base for new sales head

Staying connected to the regional business communities we operate in is vital. This is why we have teams of boots-on-the-ground funding experts and why we have set up a new base in the heart of Sheffield.

We recently surveyed more than 500 medium sized UK businesses about their experiences when seeking external funding: how often, how much, what for and where from.